The Creativity Hub at SPIEL, Essen 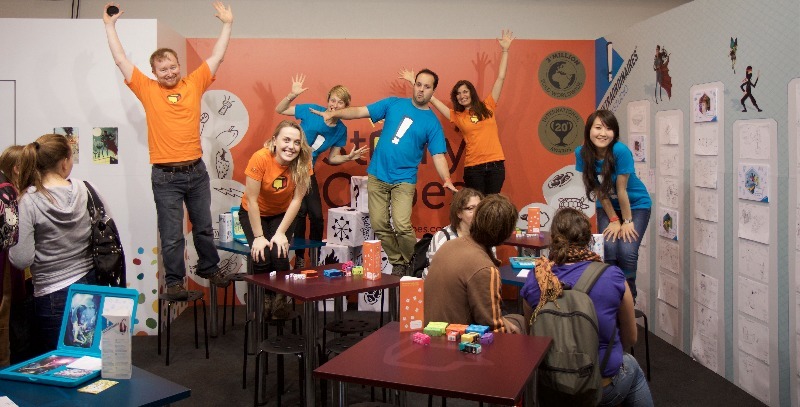 SPIEL, held in the town of Essen each October, is one of Germany's two major game conventions, the other being the International Toy Fair in Nuremberg each February, which we also attend. While Spielwarenmesse is a trade show – and therefore strictly business – Spiel is open to the public. It draws roughly 150,000 people over four days, and believe us it feels exactly like 150,000 when you're trying to navigate the halls quickly! Hundreds of new games were introduced at Spiel 2014, and many more older games were revisited by their fans. 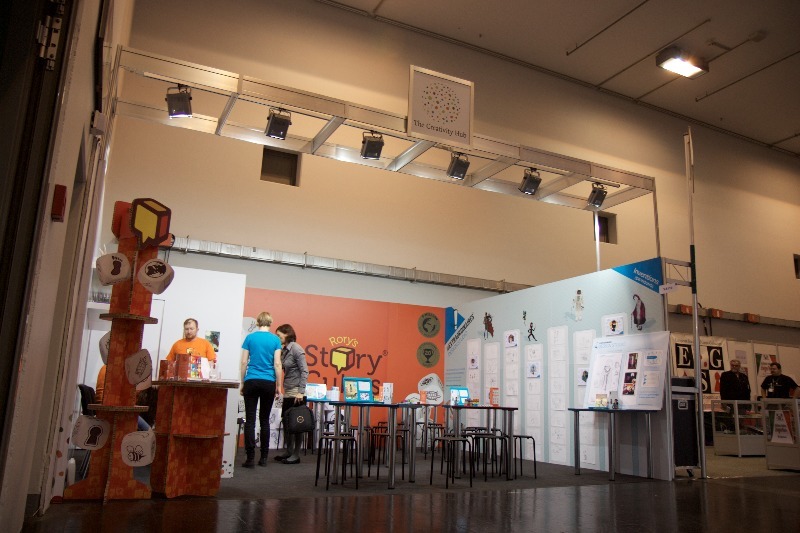 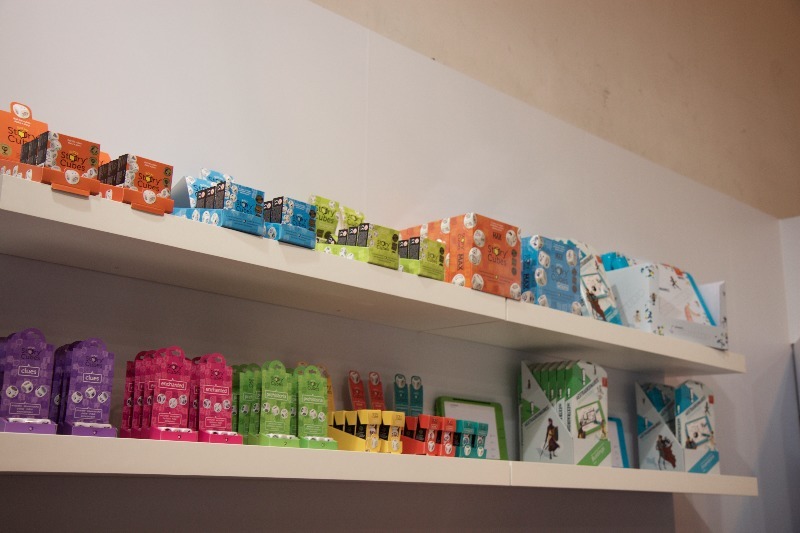 This year we attended and took our very own stand for the first time. We introduced The Extraordinaires Design Studio to an audience that had never seen it before, and also took Rory's Story Cubes to a fan base that was excited to see if we had anything new to offer. As you will see from our timelapse video of Day 2 of the fair, we were rushed off our feet!

Our new Rory's Story Cubes Mix titles for 2014 - Intergalactic, Score and Medic were debuted at SPIEL and quickly proved very popular with fans, with many snapping up all three to add to their collection. These will be available in stores at the end of November and on StoryCubes.com very soon. Guaranteed to provide lots of laughter, judging by the response in Essen! 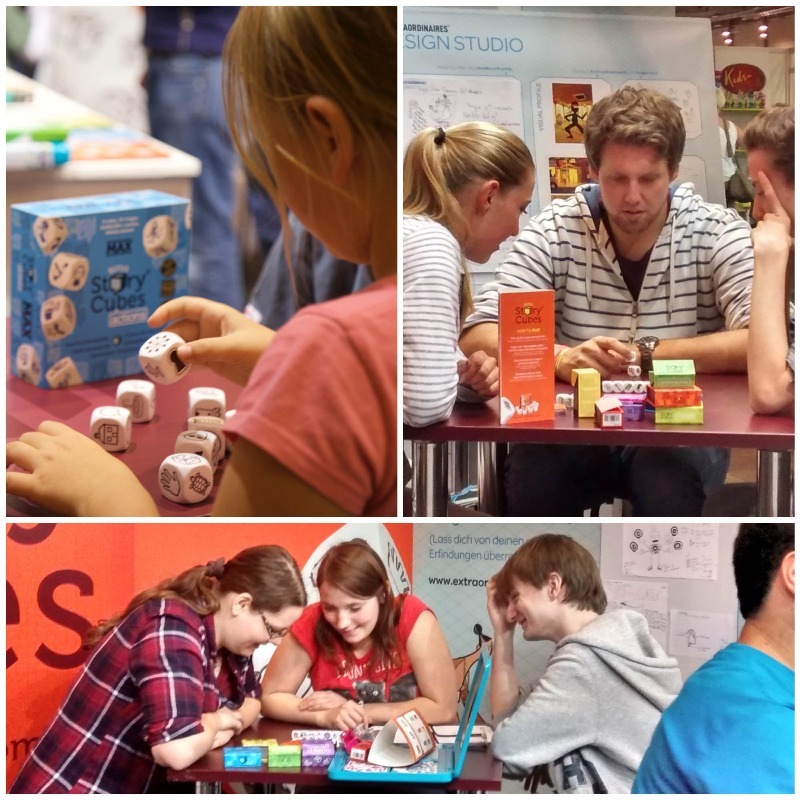 The Extraordinaires Design Studio also proved successful, with a whole wall of inventions being filled up. Some were complex and intricate, others were simple and to the point, with, of course, a lot of concentration and research thrown into each one! Whole families pulled up chairs to see who could design the best solution for their Extraordinaire. 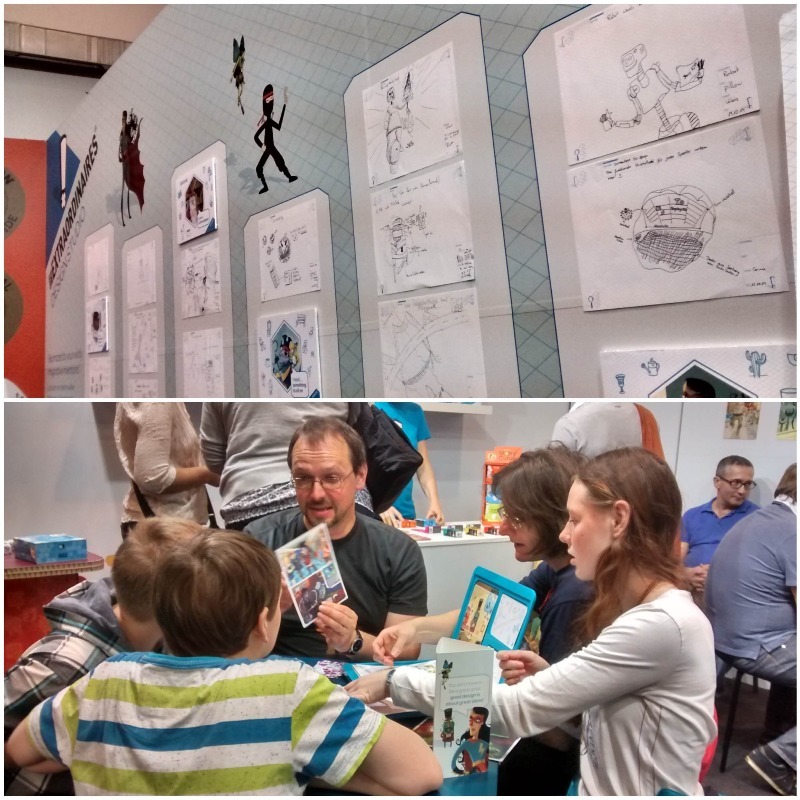 SPIEL has the reputation in The Creativity Hub studio of being the best fun to attend, so each day we all took turns to wander and look at all that the fair had to offer (and make a few purchases...). There's never enough time to view everything! However, we still managed to buy enough games that we had to ship them home as they wouldn't fit in our many suitcases. Nobody tell Amanda that's why the pallet cost was so high! 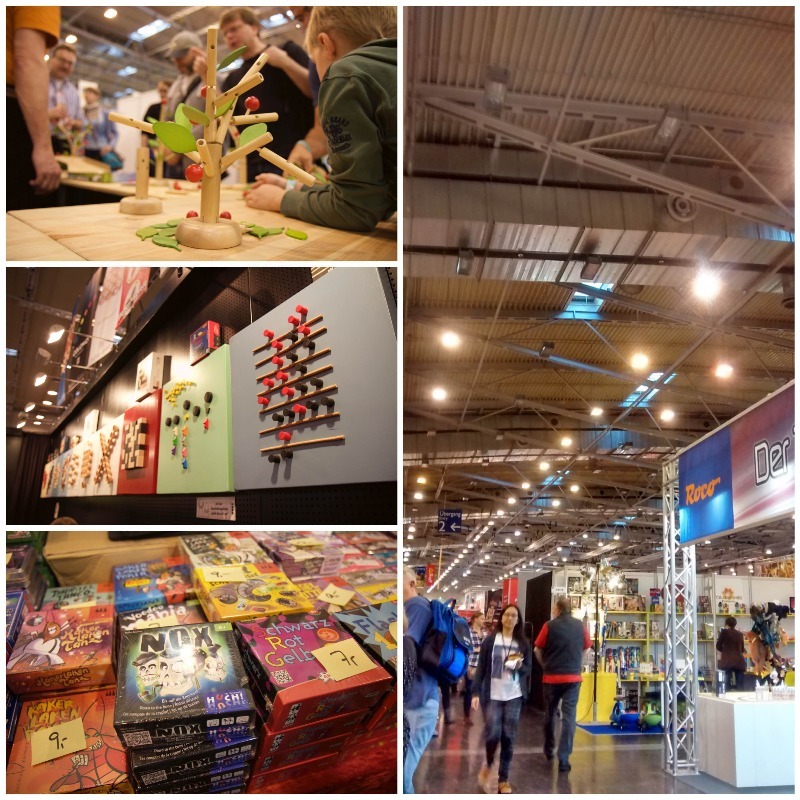 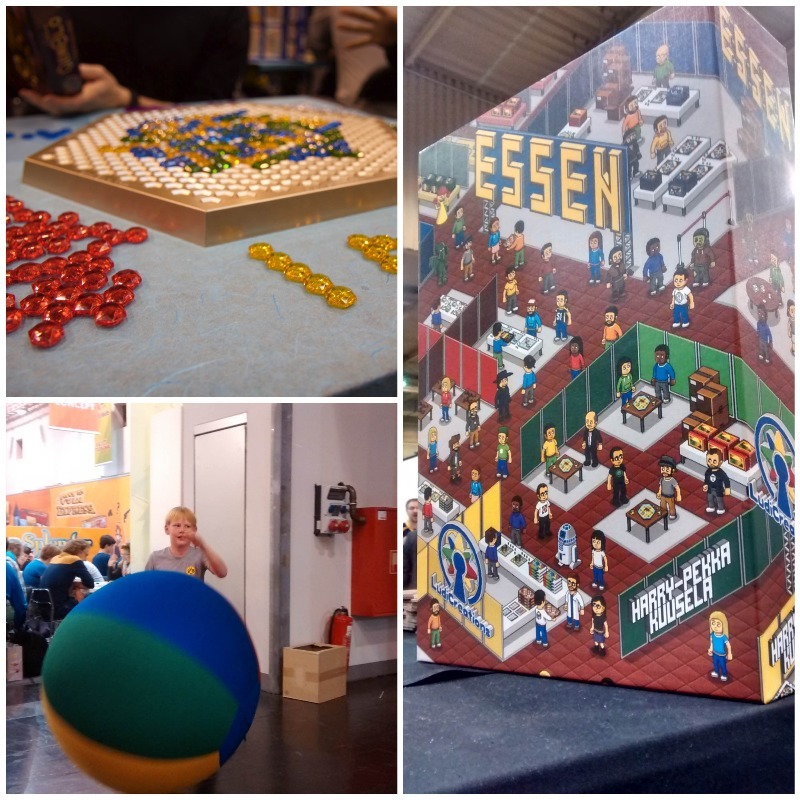 We can't wait for next year. Were you at Essen? What were your top picks from the fair?