We asked some young participants what they thought about The Extraordinaires Design Challenge. Here’s what they said about their experience!

The activity allowed them to be different, and to do something that they don’t normally do - planning a project, instead of jumping right in, as they were used to.

They liked that they had the freedom to do whatever they wanted. It was hard for them not to copy and take ideas from their favourite movies, books and TV programmes, but they enjoyed the challenge of coming up with something unique.

It was difficult for them to get the shapes in their designs to fit with what they wanted and to look realistic, but they went through a few drafts and produced something they were proud of and could talk confidently about - it was their distinct creation.

They thought of where they had seen this type of character before - the Ninja, the Superhero, the Vampire Teen, and thought about what personality traits their Extraordinaire would have. They asked questions of themselves like, “If I was a superhero, what would I want?” Every child had a special feature they had added to their design that they were proud of and wanted to show off.

“I’m going to buy a copy of The Extraordinaires Design Studio with my Confirmation money.” - April, Age 12.

The Extraordinaires Design Challenge is open for submissions until April 25th. Anyone under 18 on the island of Ireland can enter. First prize is a 3D Printed Prototype of the winning design, in association with FabLab Belfast!

Everything you need to take part is available at www.extraordinaires.com/DesignChallenge. 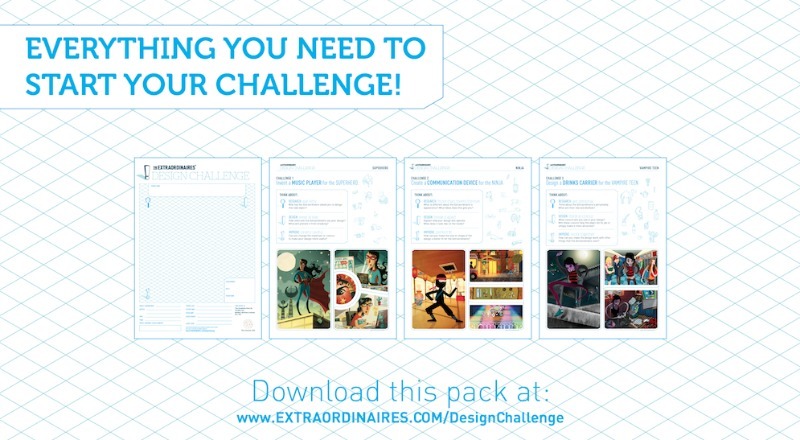