An Illustrator Extraordinaire Launches A Cage of Roots 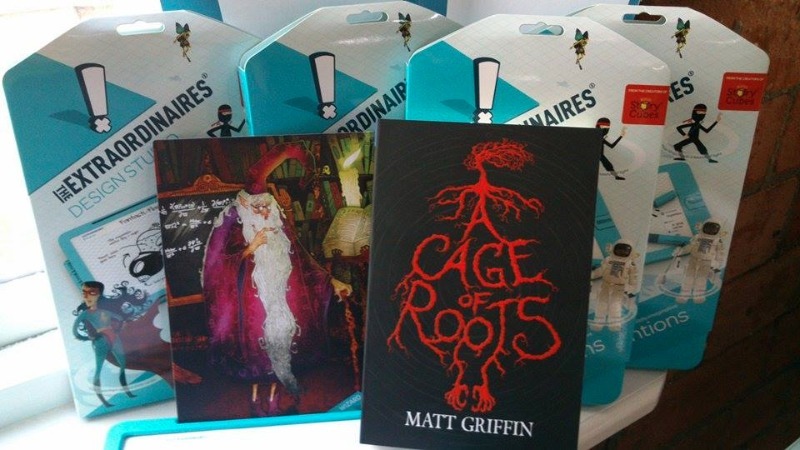 Matt Griffin, Illustrator of The Extraordinaire's heroes Wizard, Fairy and Circus Acrobat has released his first novel, A Cage of Roots.

"Magic lies beneath our feet if only we know where to look."

The idea of an enchanted realm that Matt created through The Extraordinaires, Wizard and Fairy, is one that he has continued in A Cage of Roots. In the Extraordinaires Design Studio players are tasked with discovering the designer within by stepping into an exciting world full of imagination and create unique designs. Matt has created another exciting world in A Cage of Roots, one where the lead character encounters a "fate that has been lying in wait for centuries". Early reviews have described the book as "a remarkable debut...one of those rare books that has the potential to imprint itself permanently on one's memory".

About A Cage of Roots - "Growing up in a New York orphanage, Ayla has no idea who her family is. It is not until she comes to Ireland that she finds out just how deep her roots really are. They her past rises up to gaunt her and seeks to destroy her as Ayla is abducted and buried alive in the bowels of the earth. Above ground, her three best friends set out to find and save her from a fate that has been lying in wait for centuries. Guided by Aylas's uncles, they must make a treacherous journey that takes them down among the very roots of time."

A Cage of Roots,O'Brien Press, sounds like an enthralling read - we here at The Creativity Hub HQ can't wait to sink our teeth into it!

Matt Griffin, author and illustrator will be signing books in Dubray Bookshop Bray, Eason's O'Connell St and Dubray Bookshop Dun Laoghaire and will take part in a panel discussion during OFFSET on Saturday.

Read the first chapter of A Cage of Roots here